SUMMARY: This study presents an analysis of the contributions made by Latino Americans to the US economy. Overall, Latinos are responsible for 29% of the growth in real income since 2005.

ABOUT THE RESEARCHER: Dr. Eisenach is a Managing Director and Co-Chair of NERA’s Communications, Media, and Internet Practice. He is also an Adjunct Professor at George Mason University Law School, where he teaches Regulated Industries, and a Visiting Scholar at the American Enterprise Institute, where he focuses on policies affecting the information technology sector, innovation, and entrepreneurship. Previously, Dr. Eisenach served in senior policy positions at the US Federal Trade Commission and the White House Office of Management and Budget, and on the faculties of Harvard University’s Kennedy School of Government and Virginia Polytechnic Institute and State University. 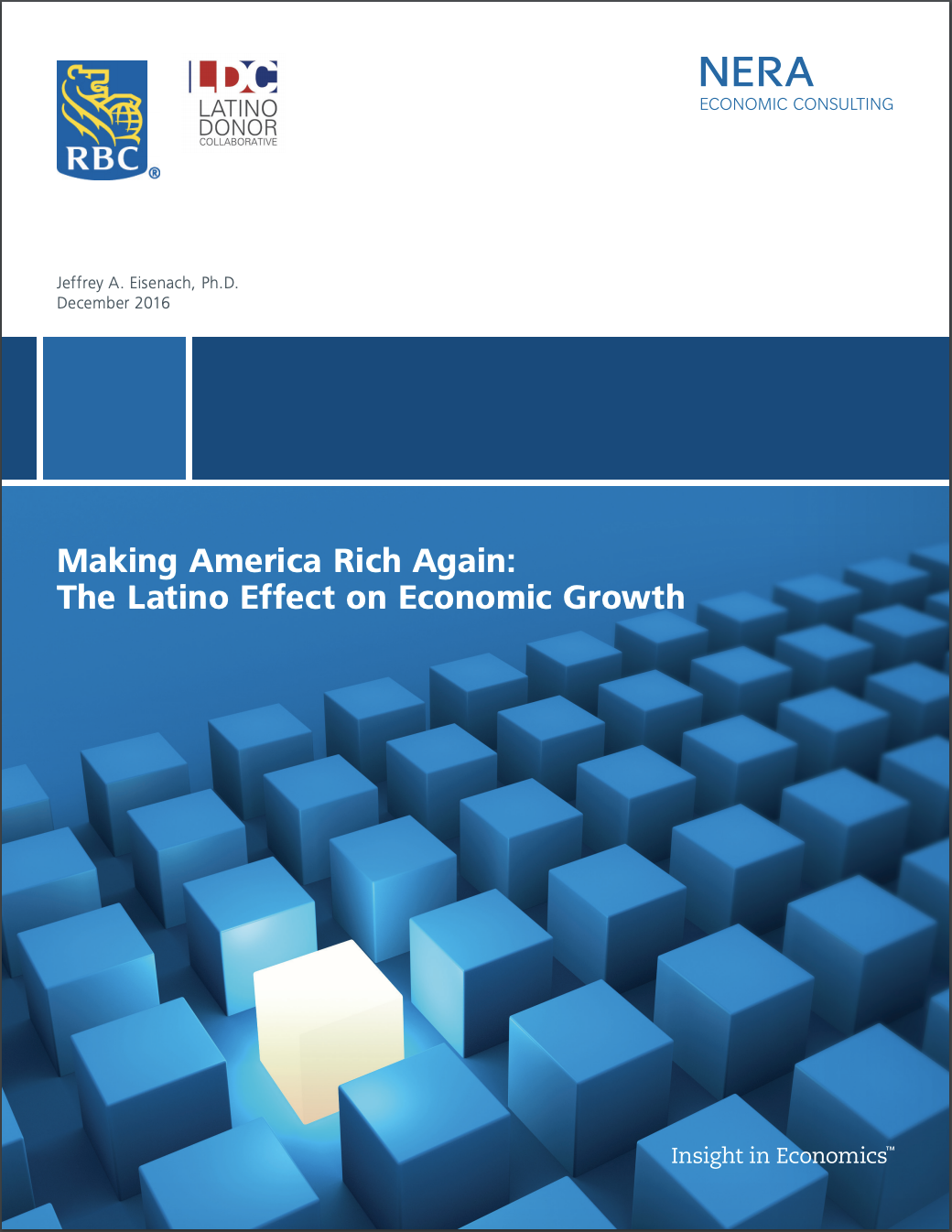