THE LDC LATINO GDP IMPACT THROUGH THE YEARS
‍

THE LATINO GDP CONCEPT
‍
‍
The concept of Latino GDP was created by the Latino Donor Collaborative in 2016 to document the economic impact that U.S. Latinos are making in our beloved country, the United States of America.   It was envisioned by our Co-Founder and Chairman of the Board, Sol Trujillo with the goal of having a fact-based measurement and to empower a real perception of the Latino cohort. From its inception in 2015, we focused on data and measurements that helped ALL AMERICANS, and it has become a tool to optimize the decision-making of resource allocators all around the country.

The process of creating reputable research to measure the Latino GDP was a labor of love. First, we came up with the concept at an LDC board meeting in 2015. We proceeded to design the format we wanted to produce., and engaged researchers to implement these ideas at the beginning of 2016; The LDC funded it, and tested it.  And since the very first report we published, in 2017, it has become an economic reference nationwide. We thank Wells Fargo for their support and collaboration from the initial research to date.

The LDC has invested more than $2 Million dollars to develop, promote, expand and scale up its impact during the last seven years and we are proud to provide the data that now helps decision makers around the country quantifying the important economic contributions of U.S. Latinos in America. 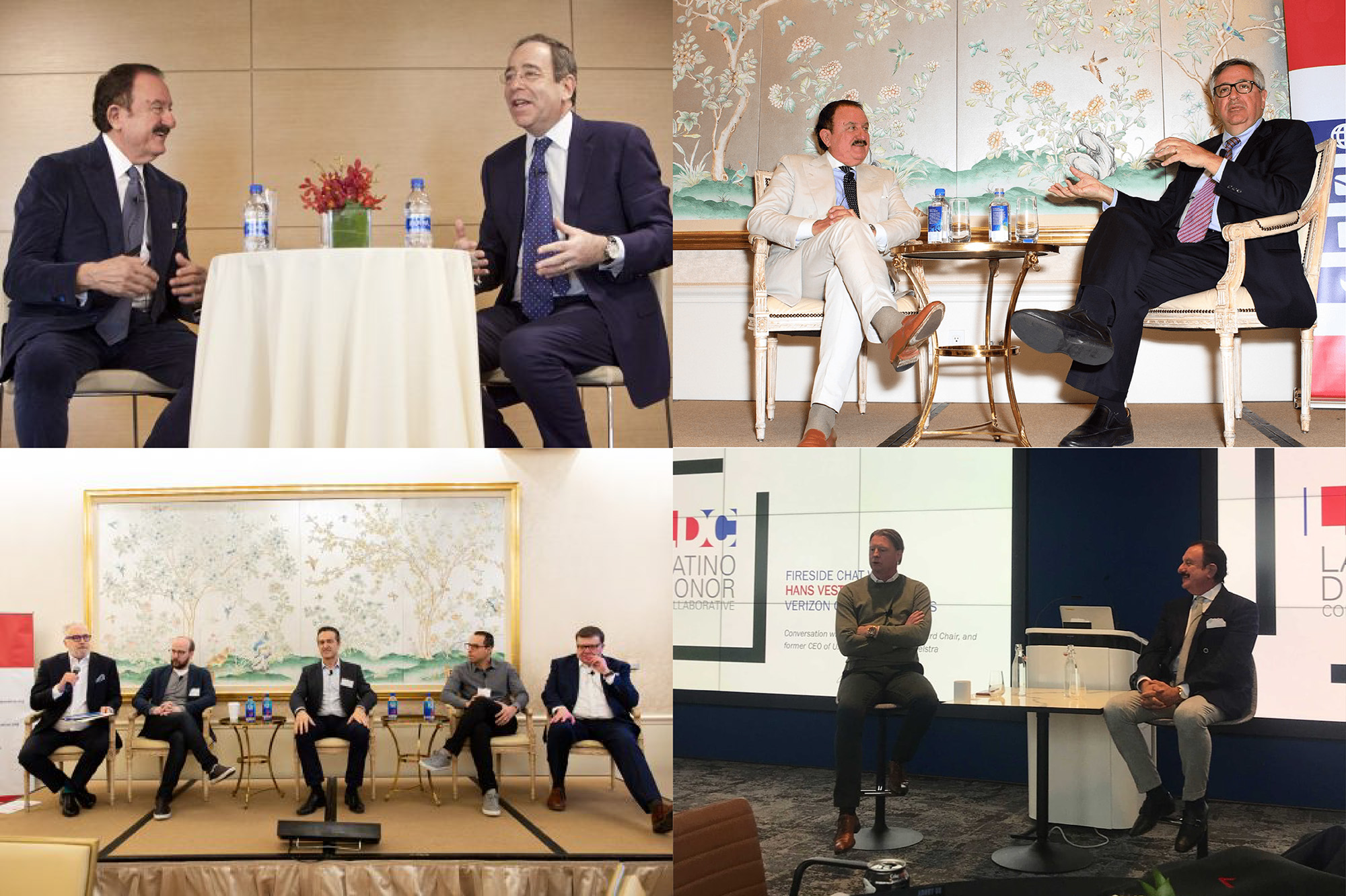 SOME EXAMPLES OF COMPANIES THAT USE OUR REPORT EVERY YEAR
‍
‍ 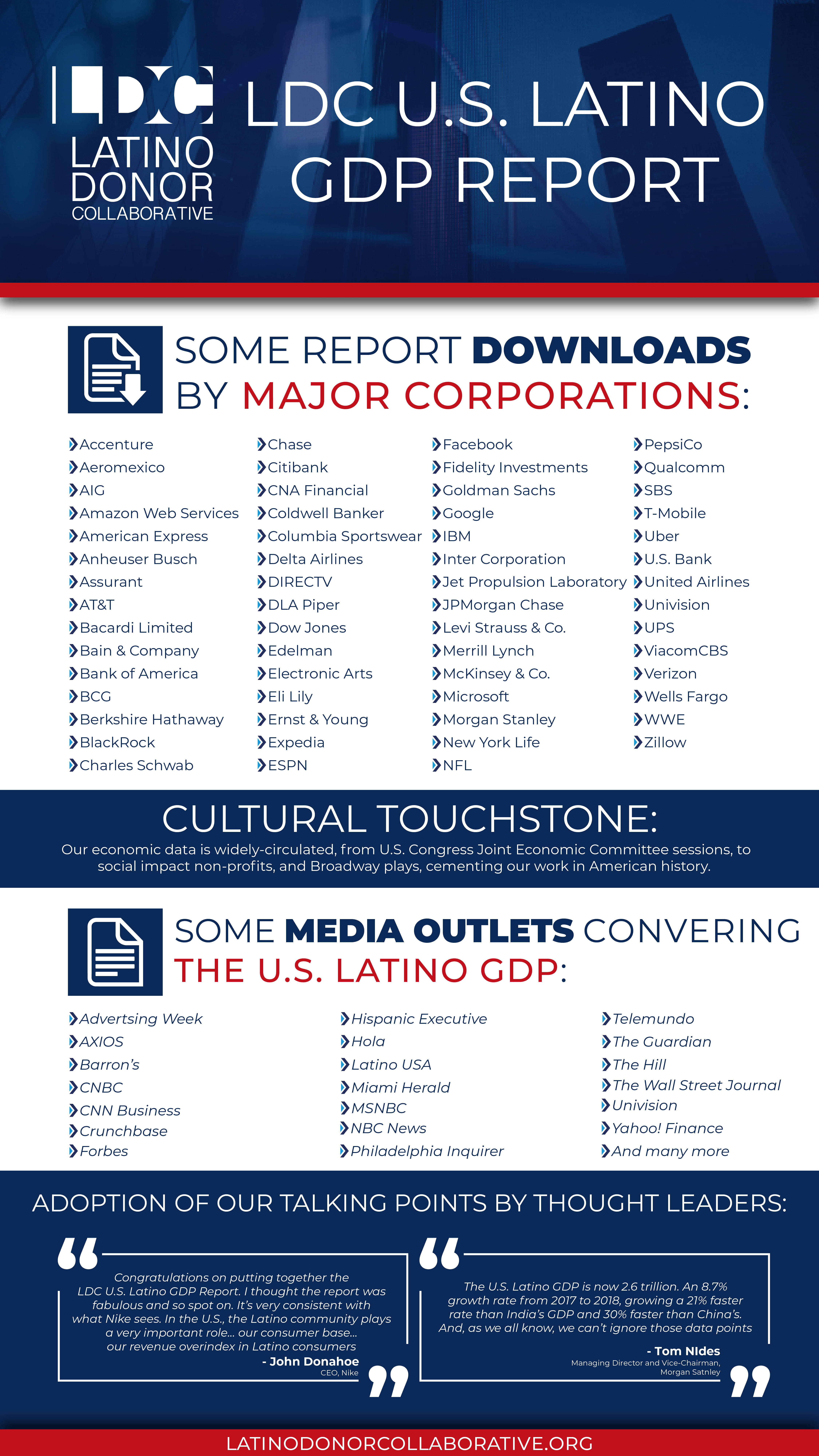 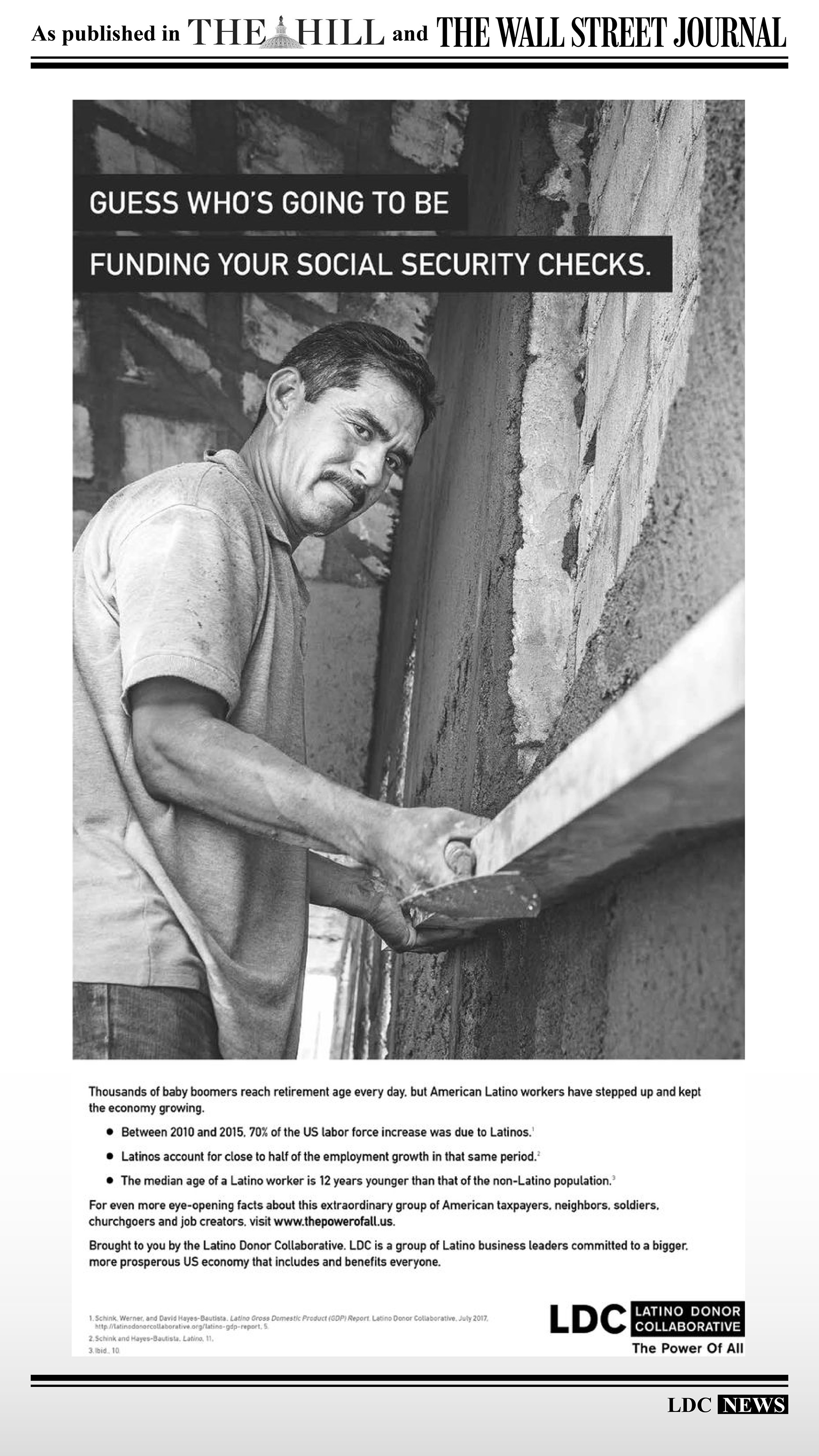 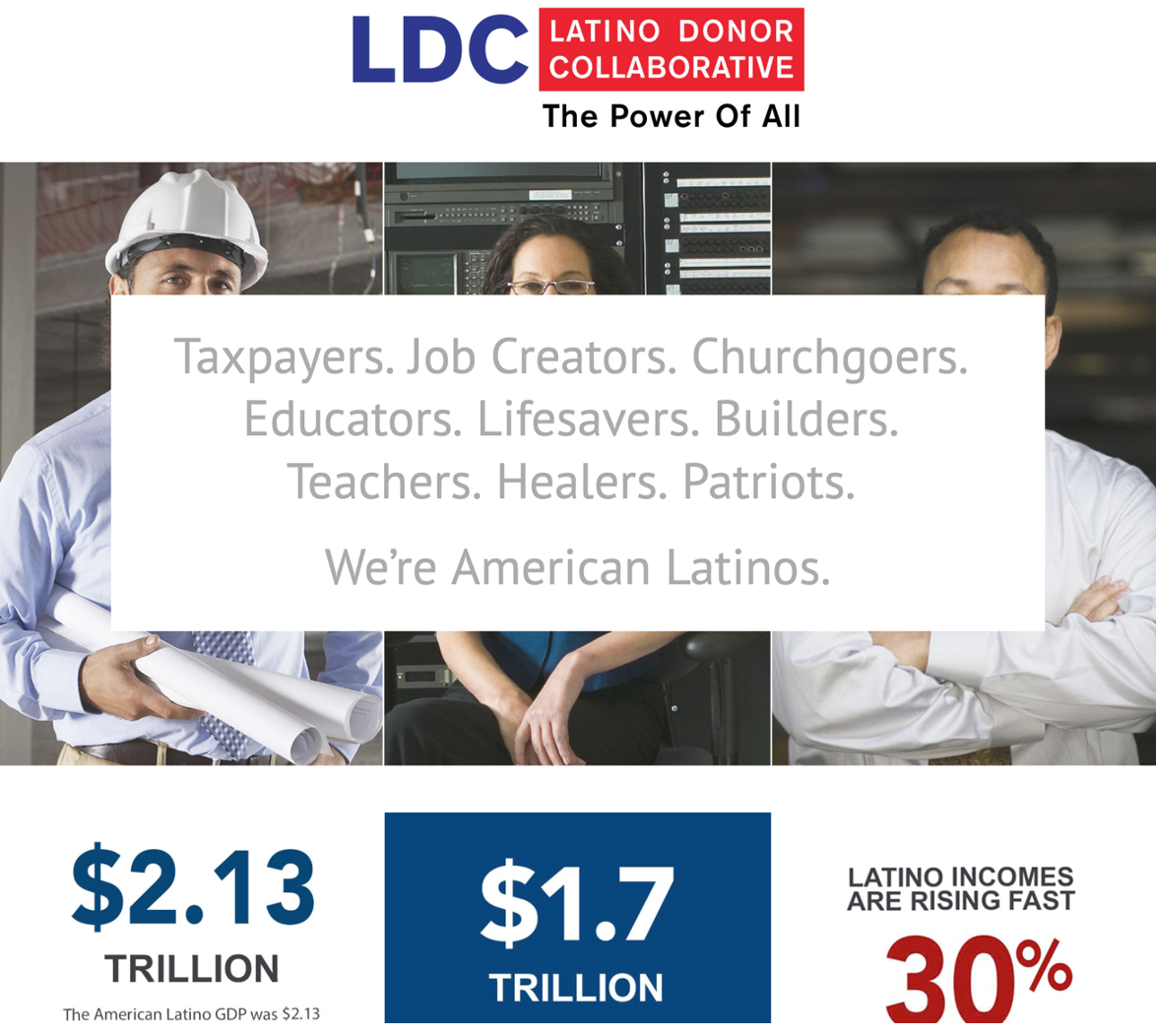 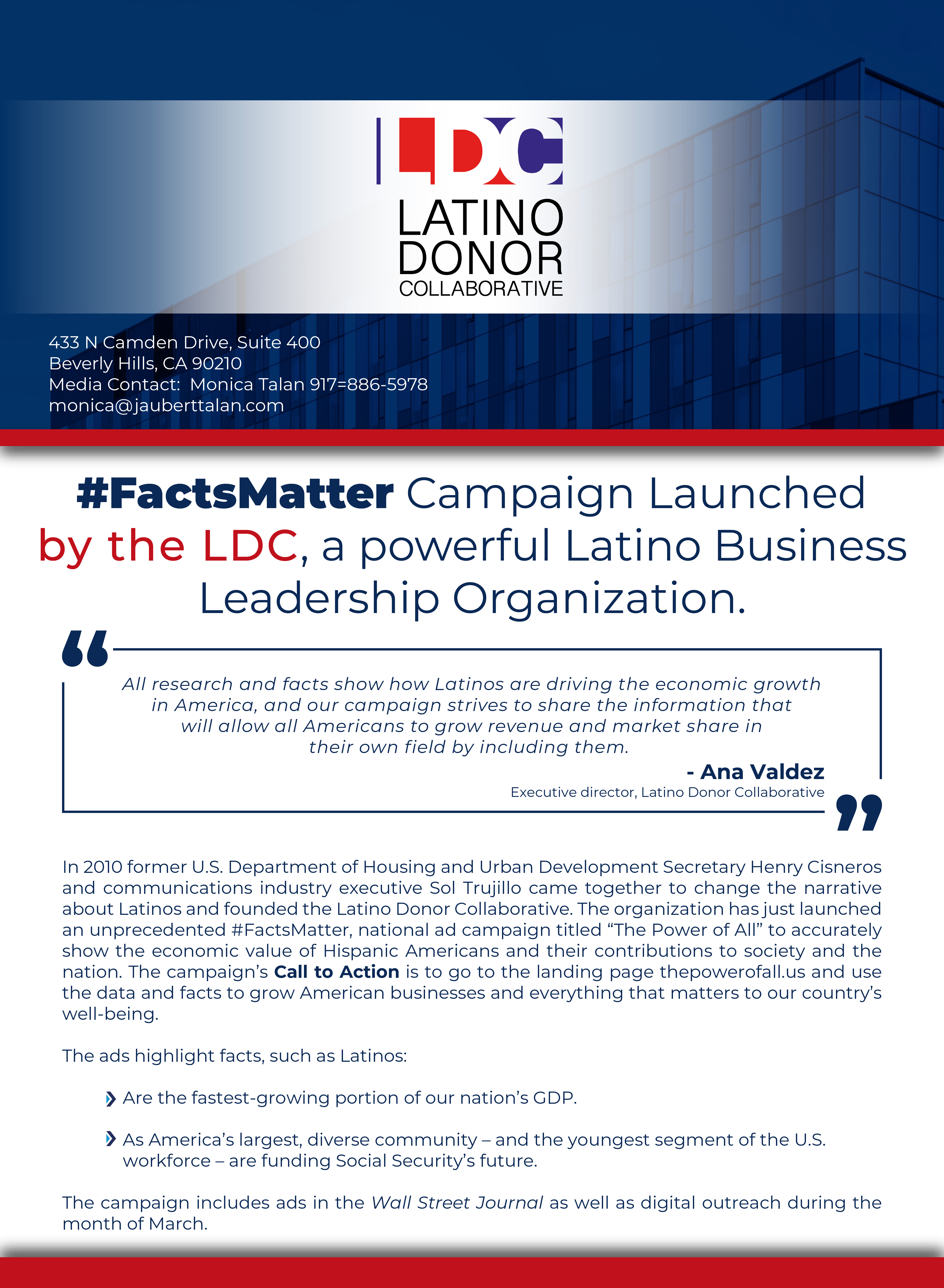 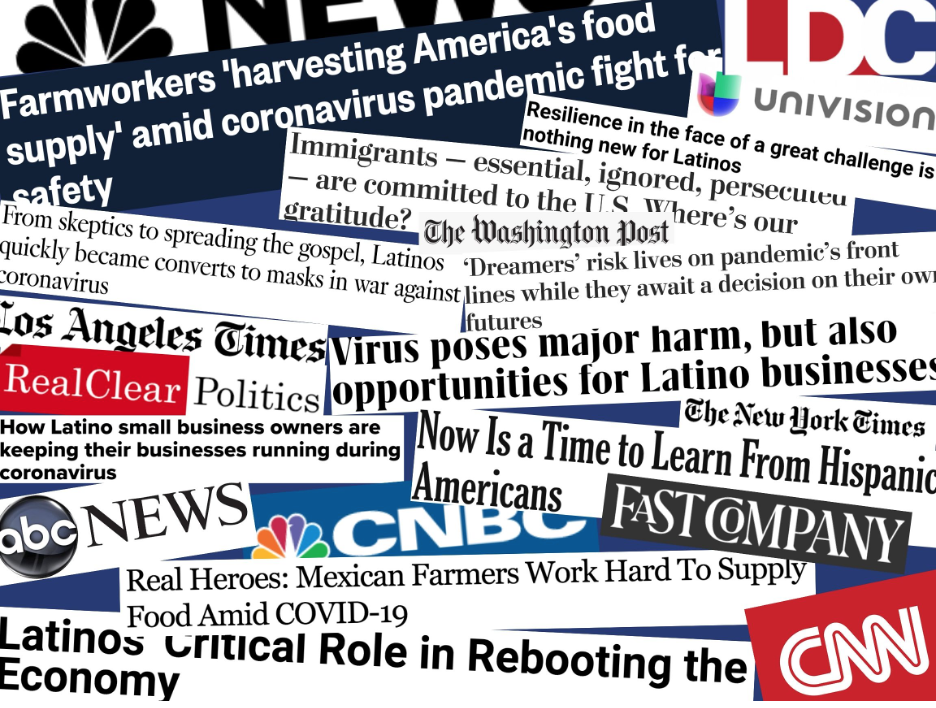